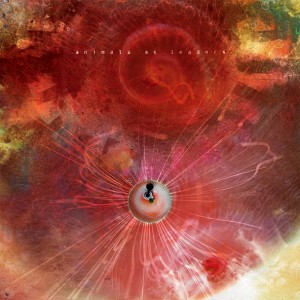 Instrumental progressive giants Animals as Leaders have returned with their third offering and boy does it pack a wallop. After the excellent, yet slightly unsatisfying "Weightless" in 2011, "The Joy of Motion" sees the band less willing to experiment and more focused on delivering something both powerful and memorable. With 12 songs and no filler, it's an incredibly dense album that offers enough variety amongst the stellar musicianship to keep listeners happy. Most songs here are reminiscent of the band's earlier work, but a few have brand new elements such as the stomping grooves of "Physical Education" and the Latin flavor of "Para Mexer." But regardless of whether it's new sounds the band are incorporating or if they're relying on the same basic jazz fusion/prog metal admixture that brought them to fame in the first place, this is simply a phenomenal album. While it doesn't reach the heights of the debut, at least in my book, it does come pretty close. Once again AAL have proven their worth and set the bar astronomically high for other bands and musicians. If you haven't heard this masterpiece yet then it's about time for you to go over to Sumerian Records' official channel and prepare to have your jaw hit the floor.
9.5/10

With "Koi No Yokan" in late 2012 and "Palms" last year, Chino Moreno has been quite busy as of late. Now we have "Crosses" which, similarly to his 2005 project "Team Sleep," is an experimental electronic side project. As usual, Chino sounds fantastic. His vocals perfectly fit on every song whether it's more on the dark, reflective side or more on the pop side. Though the album is a bit too long and not entirely consistent in quality, it does feature some excellent songs, "Bitches Brew" and "The Epilogue" being chief among them. Given the length I think it's more of a grower so I highly recommend giving it a good number of listens before deciding on a final score. Fans of Grimes, Chvrches, Nine Inch Nails, Depeche Mode, and, of course, Deftones should feel right at home with this album.
8.75/10

Featuring Miko Kotamaki of one of my favorite doom bands, Swallow the Sun, Kuolemanlaakso is death/doom band whose lyrics are entirely in Finnish and are based on the poetry of Eino Leino. Not surprisingly, the music is pretty close in style to that of StS, if not a little more stripped down, and while I do prefer StS there are some pretty interesting bits on this album that make it a worthwhile listen. There are quite a few great riffs and Kotamaki's excellent vocals, consisting of banshee-esque rasps and demonic growls, are my highlight of the album. It's pretty much standard death/doom fare except for "Glastonburyn Lehto" which is an odd folky/psychedelic number featuring clean vocals and guitars. All in all, this album is quite good and should be enough to tide StS fans over until the next release.
8/10

Email ThisBlogThis!Share to TwitterShare to FacebookShare to Pinterest
Labels: Doom/Stoner/Sludge
Woods of Desolation - As the Stars (2014)

Following their masterful 2011 release "Torn Beyond Reason," Woods of Desolation's "As the Stars" is a more than worthy successor, even if they decided to go in a different direction this time around. Whereas the former exudes darkness and melancholy, this one is much like Deafheaven's "Sunbather" in that it's emotional, joyful, and utterly captivating. The riffs, melodies, and vocals are all out to make a bold, triumphant statement about life and they all do a fantastic job of it. Unlike Alcest's most recent album which did away with metal elements (not that that's a bad thing by any means), WoD decided to blend black metal with post-rock and shoegaze in about equal proportions. It may not have the intricacy or concept-album feel that "Sunbather" has, but it does have just as much passion, intensity, and beauty. It's an extraordinary journey that is both brutal and dark as well as uplifting and utterly gorgeous. As of now, I can only see this album being rivaled by the upcoming Agalloch release in terms of best black metal albums of 2014.
9/10

Both Sunn O))) and Ulver are masters of experimental music, whether it be ambient or drone, and I was fully prepared to have my mind blown when I heard they were collaborating on an album. That didn't exactly happen, but my mind did go on quite a strange and long journey while listening to this. "Let There Be Light" starts off the album with soft, quiet droning pierced by a jazz-like background and, eventually, followed by free-flow drumming. It all goes together very well and creates a distinct sense of foreboding mixed with a certain degree of anticipation. However, once "Western Horn" comes in, that anticipation is gone and all that left is misery. It's an incredibly dark track that has me imagining the darkest scenes of the classic Apocalypse Now film. Everything about it oozes menace and doom. On "Eternal Return" we hear something much more akin to Ulver's most recent album "Messe I.X-VI.X" with strings and dark ambient noodling. The strings let up and eventually we hear the familiar sound of Garm's ethereal vocals which, in my opinion, really complete the album. "Terrestrials," while not as good as "Messe" or Sunn O)))'s most recent album "Monoliths and Dimensions," is a dark, psychedelic trip through the unknown that is sure to send a chill down the listener's spine. It represents the best of what both bands have to offer and I don't think there's much they could have done differently.
8.5/10

At first this album really disappointed me, but after a few listens I've grown to appreciate it. I still consider it a major step down from the phenomenal "The Unforgiving," but "Hydra" certainly has its share of memorable tunes that are some of the best in WT's catalog. The track "Paradise" featuring the one-and-only Tarja is certainly one of the band's crowning achievements and is my favorite off the album. Other tracks such as "The Whole World is Watching" and "Silver Moonlight" are highlights of WT's hard-rock/symphonic rock hybrid sound, and while they may be off-putting to fans of the band's earlier style, they are undeniably catchy and I find it's quite difficult to resist their charms. "Hydra" may not be the band at their peak, but it's a solid offering from a seasoned band that has enough power to stand on its own. If you're deciding which WT album to show to friends/family who are unfamiliar with the band, then this one is a good bet as an entry level piece.
8.5/10 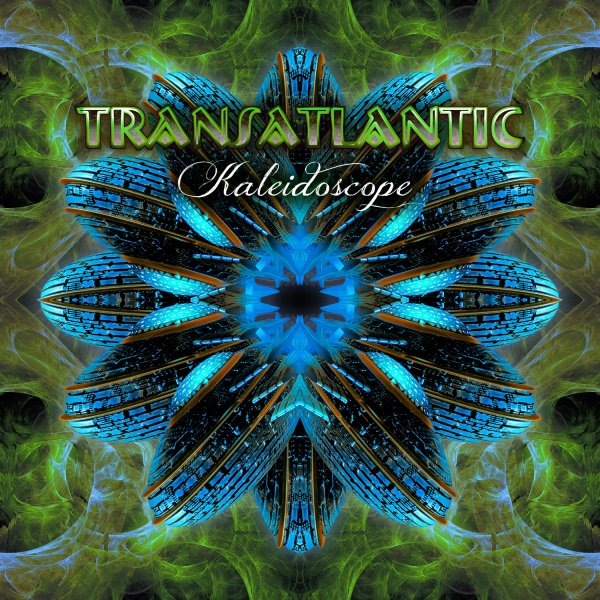 While I haven't listened enough to prog rock supergroup Transatlantic's previous albums to do a proper comparison, I can say that "Kaleidoscope" is great in its own right. It's a catchy, upbeat album strongly influenced by Yes, Genesis, and others. Each song has a unique identity and is extremely well-written. This especially applies to the gargantuan 32 minute title track which flows smoothly and is simply an astonishing piece of musicianship. In fact, it might be one of my all-time favorite prog epics. Another excellent track on the record is "Black As the Sky" which features some truly masterful keyboard playing. The other tracks are quite good too, but there's a fairly significant quality gap between them and the former. All in all, it's a great record and probably Mike Portnoy's greatest post-DT accomplishment.
8.5/10