Jazz-pop masters The Reign of Kindo are making another splash with what may be their best album yet. Whereas their previous two releases were very good, I can honestly say this one is great. It's very tightly constructed, catchy all around and is quite varied. Songs like "Sunshine" and "I Hate Music" are probably my favorite cuts from the album as I prefer the more upbeat, instantly catchy side of the band. That's not to say that the other tracks are skippable - not by a longshot. "Dust" and "The Man, The Wood, and The Stone" feature the soothing, contemplative side of the band and are simply gorgeous. All in all, the band have yet again accomplished the difficult task of conforming the complex structure of jazz with pop requirements, but this time they've made their most memorable and most satisfying album yet. If you haven't heard of this band before then check out this album for some really unique pop and downright fun music.
9/10 As one of the most talented modern jazz fusion bands out there, The Aristocrats consist of the some of the finest musicians out there including Marco Minnemann and Guthrie Govan. They and the rest of the band amazingly seem to keep improving their craft as this album demonstrates. I really liked the debut, but I think Culture Clash is clearly a better record. The compositions are tighter and catchier with a heavy dose of blues influence. Every member of the band is composing some really interesting and dynamic parts and the band as a whole sounds very tight. My favorite song is probably the title track which has already become one of my all-time favorite fusion tracks.  The rest of the songs are great as well and I'd highly recommend Culture Clash to jazz and prog fans of all types.
9/10

The long-anticipated third album from alt/prog metallers Karnivool takes a pretty different direction than its two predecessors in terms of relying less on Tool-esque grooves and more on experimental sounds and structures. Unfortunately for most fans (myself included), this does not translate into very memorable songs or even, in some cases, coherent songs. Tracks like "The Last Few" and "Alpha Omega" just seem to go nowhere and at most offer interesting bits but not satisfying songs. Of course there are some very good songs here such as "Nachash," "Eidolon," and "Aeons" but even those pale in comparison to the songs that got me into the band such as "Shutterspeed" and "Roquefort." I'm not arguing that they should have stuck to their old style because artists naturally want to progress their sound, but this simply isn't a very satisfying album. And it really hurts me to say that because I actually liked it a lot when I first listened to it. Since then it's worn off of me a lot. If any album was ever a grower this is the one. Even in the amazing year for music that is 2013 there's bound to be some disappointments. This is one of them.
7.5/10 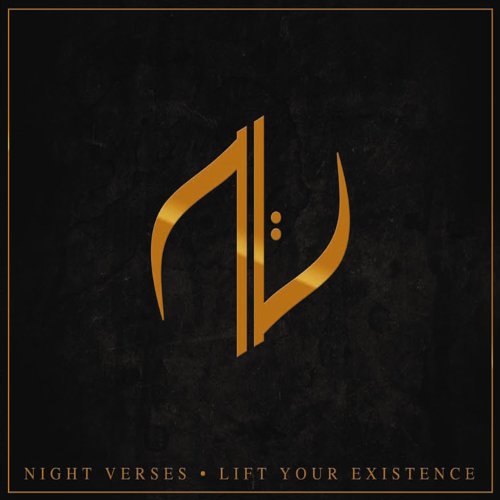 2013 is a banner year for hardcore and metalcore and this album is probably the primary example of that. It's pretty rare to hear a new band hit it out of the park with their first album, but that's exactly what happens on Lift Your Existence. It's an exciting, dynamic record filled with very proggy riffs and drumming, excellent vocals, and some beautiful post-rock inspired clean parts. It's a very long album (15 songs with one of them topping 10 minutes), but it feels so tight and well-constructed that the length isn't really an issue. Plus, all the songs have catchy moments and are very memorable in their own right. I also detect a heavy dose of inspiration from Tool and Deftones so if you're into those bands then you should definitely give this album a shot. All in all, Lift Your Existence is one of the most technically competent and thrilling hardcore/metalcore albums I've heard yet and might just be my album of the year in that genre (though it does face stiff competition from Absent Light).
9.5/10

Just when you might have thought symphonic prog rock couldn't make a solid showing in 2013, along comes this album to prove you wrong. Unsurprisingly, it's a concept album that's highly orchestrated and very intricately constructed. There are three epic pieces, all of them great, with a couple of shorter and not as great (but still good) pieces to even things out. The influences of Yes and Pink Floyd stand out the most to me in this album's brilliant meshing together of classically-inspired song structures with beautiful atmospherics. In fact, this whole album is a modern reinterpretation of Stravinsky's timeless Rite of Spring which was composed exactly 100 years ago. It's an incredibly ambitious project by any measure and I don't think just any prog band could have pulled this off, but Tillison and co. somehow do. For a thrilling prog adventure be sure to give this album a spin.
9/10 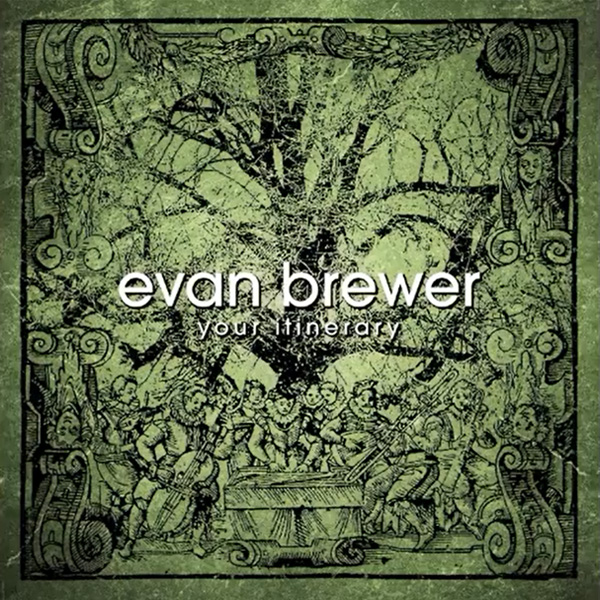 Evan Brewer of noted tech-deathers The Faceless may have proven himself as a highly accomplished bassist both in his work with his band and on his debut solo album Alone in 2011, but here he's raised the bar even further. Rather than mere bass solos, Brewer has decided to compose full-on jazz fusion songs complete with drums and keyboards. In fact, The Faceless already has a fairly jazzy sound so this just seems like a logical extension of it. Brewer's compositions on Your Itinerary are top-notch and remind me quite a bit of Animals as Leaders at times. They're incredibly dynamic and energetic with enormous depth and complexity. Evan Brewer might not be on the level of Herbie Hancock or Hiromi, but his second solo album is undoubtedly a fantastic fusion record that might just end up being the best in its genre for 2013.
9/10

Email ThisBlogThis!Share to TwitterShare to FacebookShare to Pinterest
Labels: Jazz/Fusion

After a rather lengthy wait, one of metalcore's most innovative bands have returned to present another offering filled with ass-kicking, heavy riffs, impressive technicality, and fantastic drumming. Sound-wise, there's not much different compared to the last album but that's perfectly fine because I think any metal band would be proud to have an album as well-written and engaging as Absent Light is. Everything from the grooves to the clean parts to the vocals is top-notch on this album. All the members of the band are incredibly talented musicians and it's clear they took full advantage of their skills here. Besides One of Us is the Killer, this is the best metalcore release I've heard this year. If you have a buddy or family member who's into prog but averse to "core" music then this is definitely the right album to introduce to him/her.
9.5/10
Posted by Adace at 11:11 PM No comments:

I'm not sure if I mentioned this before, but Lustmord is my all-time favorite ambient artists along with Steve Roach. Lustmord's ability to create haunting, unfathomably dark soundscapes is unparalleled. Therefore, my anticipation level for this album was quite high and after having heard it, I can say it's a solid release but not exactly what I was hoping for. Lustmord experiments here with vocals to a much greater degree than he's done in the past making for something like a darker, wordless version of Dead Can Dance. I think the vocals work wonderfully in many parts, especially on the standout tracks "Babel" and "Abbadon." But even on those tracks I think he could have toned down the vocals a bit and added more instrumental variety. As for the rest of the tracks: they're all good but they seem to lack the factors that make them really stand out. And usually with ambient albums, the kinds of factors I'm talking about are small things you barely perceive in the background that give the music some character (i.e. the barely audible synth notes on "Abbadon.") Will this album stand up to such masterpieces as "Where the Black Stars Hang," "Zoetrope," or the incredibly varied "Metavoid"? I think not. Is it a grower? I suspect so. It may not be amongst his top-tier works, but The Word as Power is still a beautiful piece of art and a highly unique addition both to Lustmord's discography and to the ambient genre as a whole.
8.25/10

Email ThisBlogThis!Share to TwitterShare to FacebookShare to Pinterest
Labels: Electronica

For folk enthusiasts such as myself, the electronic world doesn't often mingle with our beloved genre and when it does we tend to shy away from it and deride it as "impure." However, on this album the mingling is done so well that it's not at all difficult to just go with the flow and think of the ambient sounds as an extension of the folk. It's folk for the modern age, as it were, and above all it's beautiful music. Where this record goes wrong (and this doesn't really detract from the quality all that much) is its lack of consistency and coherency in some parts. This is especially the case with "You" which sounds completely out of place on the record. Of course, I don't think every track should sound the same, but there should have been a bit more commonality between them to make for a smoother flowing album. Otherwise, this is a great album; both folk and electronic fans will most likely find something to enjoy on it as I did.
8.5/10 Somehow I missed this absolute gem of a stoner album when it came out last year. Thankfully, I just discovered and listened to it and was pretty blown away. The riffs are great, the melodies are catchy, and, most importantly, it has that vintage production that I'm an absolute sucker for. In fact, there aren't many other bands I've heard that capture the classic psychedelic sounds of the 60's and 70's quite like this band does. Go check out this unique band.
9/10

If you're into dark/neofolk such as Death in June, Sol Invictus, or Ulver's masterful Kveldssanger then this is something you can't miss. The compositions are all gorgeous and flow so smoothly that you're likely to get lost in them. It's a no-frills folk album that gets right to the point and will astound you with its beauty. I've only listened to it once, but it's already one of my top folk albums of all time.
9.5/10